A dose of nature 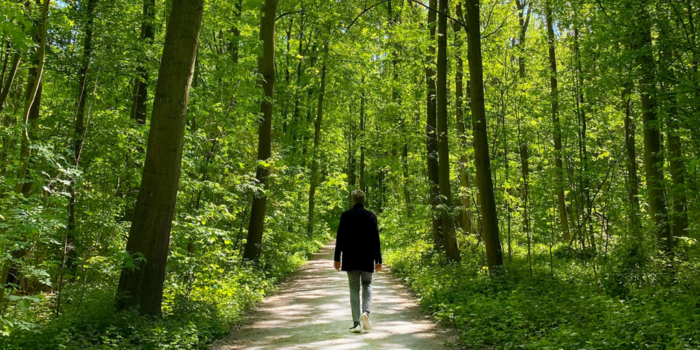 Psychologist Rachel Ward Lilley tells us why connecting with nature is essential for our mental and physical wellbeing.

Since the Industrial Revolution began, the pattern of our daily lives has been dominated by the way we work. Employment in factories, offices and retail has meant that the majority of us have been obliged to lead our lives according to the clock, not by the natural biorhythms determined by the cycles of the sun.

Nowadays, with more than half the world’s population living in cities and working mainly indoors, the disconnection of our existence from the elements has become the norm. Since the early days, it was recognised that this way of life can cause imbalances in our physical wellbeing – e.g., the condition known as rickets, which is attributable to lack of vitamin D, a major source of which is exposure to sunlight – but now we know for certain that our mental wellbeing is also at risk. The clinically recognised condition, Seasonal Affective Disorder, for which doctors prescribe sunlight and exercise as a first resort is just one of the more obvious mental maladies that we can address by reconnecting with nature.

Many of us recognise this instinctively, which explains the increasing popularity of outdoor pursuits in our leisure time. As long ago as 1932, when groups of ramblers asserted their right to 'trespass' by hiking on the grouse moors of Kinder Scout in Derbyshire, being active in the great outdoors has turned from a minority interest to a multi-billion-pound industry built around clothing, camping kit and all sorts of specialised equipment for land and water-based sports. It is clear that we know instinctively that a dose of nature keeps us healthy.

Fortunately, nature’s therapies are essentially free of charge – the costs of organised courses, holidays and kit are largely optional. Take ‘wild’ swimming, for example. It’s a long-established pursuit that has gained many converts in the past few years and now has an established body, the Cold-Water Swimming Society, which advocates the benefits of a bracing dip and is engaging in scientific research to identify just how it works on our psyche. Another, well-known advocate is Wim Hof, whose technique, named after him, is gaining popularity and credibility due to his passionate promotion.

But immersion is not just something you do in water. Now we have ‘forest bathing’ – a term that emerged in Japan in the 1980s to describe eco-therapy based on simply being among trees – which is recognised and validated worldwide. The claims for its efficacy extend beyond the reduction of stress, to the promotion of creativity, both of which have been demonstrated in scientific studies. Furthermore, there are physical benefits to be had, as has been demonstrated by scientists measuring improvements in immune system functioning due to proximity to trees.

These examples serve to validate a theory that, perhaps, most of us already understand: being in nature is beneficial to body and mind. It doesn’t have to be extreme or challenging – a little bit of regular gardening, or a daily walk in the park may be all it takes to banish dull spirits and keep the body active. A dose of nature, be it large or small, is free and feels good. Why wouldn’t you lap it up?

Rachel Ward Lilley is a business and educational psychologist. She has worked for many years advising SMEs and her current work relates to issues of resilience, communication, personal development, team building and motivation. Over the past 12 years Rachel has extended her work into the educational field.  Find out more here.